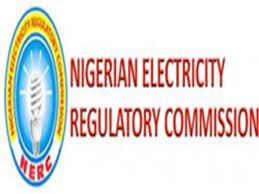 The Nigerian Electricity Regulatory Commission NERC has revealed that 5.8 million electricity customers in the country still on estimated billing.

NERC had in February issued an order to cap estimated billing by electricity distribution companies to unmetered customers to protect them from unrealistic billing until a prepaid meter is installed.

The electricity regulator disclosed in its 2019 third-quarter report that the 5.8m customers represents 59.7% of the total registered electricity consumers in the country.

The commission reports that only Abuja and Benin DisCos (distribution companies) had metered more than 50% of their registered electricity customers as at the end of September 2019.

The report states, “The metering gap for end-use customers is still a key challenge in the industry. The records of the commission indicate that, of the 9,674,729 registered electricity customers, only 3,895,497 (40.26%) have been metered as at the end of the third quarter of 2019.

“Thus, 59.74% of the registered electricity customers are still on estimated billing which has contributed to customer apathy towards payment for electricity. In comparison to the second quarter, the numbers of registered and metered customers increased by 8.93% and 1.65% respectively.

“The increase in registered customer population is due to the on-going customer enumeration exercise by DisCos through which illegal consumers of electricity were brought unto the DisCos’ billing platform.”

NERC however attributed the increase in metered customers to the roll-out of meters under the Meter Assets Provider MAP scheme.