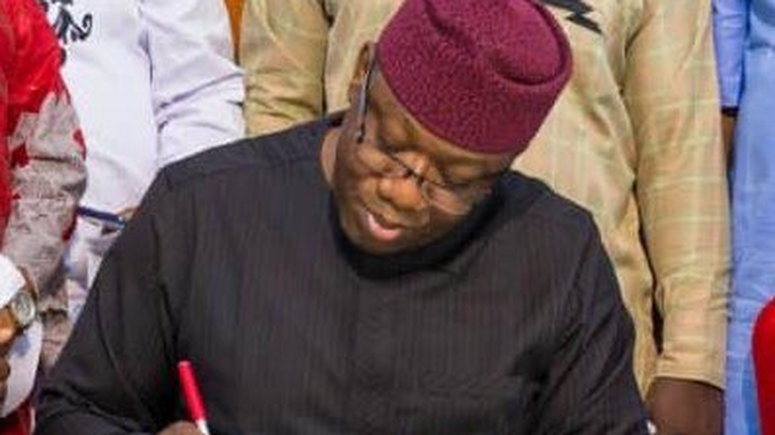 The bill was signed by the governor on Monday at the government house in the state capital, Ado-Ekiti.

With the signing of the bill, Fayemi joins other South-West state governors of Ondo, Osun and Oyo states which had earlier penned their signature to the bill in their respective states.

Governor Fayemi, speaking at the event of the signing, stated that the law will localise security operations and promote the safety of lives and properties. Adding that the security of the Ekiti people remains a core part of his administration, warning criminals to desist from their actions.

He stated, “Amotekun will get them and they will be prosecuted.

“Let me clarify that Amotekun will help the police to arrest, gather intelligence and information, arrest and prosecution of criminals, tackle illegal mining, land trespass, cattle rustling, destruction of crops, trespass into farmlands, cultism, highway robbery, among others.

“Amotekun is not a substitute for the existing security networks, but a compliment to it. It is not for Ekiti people alone, but for everybody. As long as you are resident in Ekiti, you will enjoy the right to be protected, so it is not for the indigenes alone.

“Crime fighting is a collective responsibility. Those perpetrating crimes are living among us and let us be vigilant and help the Amotekun Corps fish out criminals in our midst.”