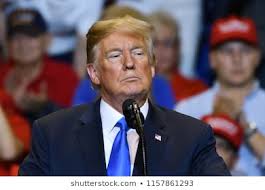 Following heightened call from citizens for his test result on the deadly coronavirus, United State president, Donald Trump has undergone a test for the disease.

Trump disclosed this during a press conference on Saturday stating that he took the test on Friday, adding that his temperature was normal.

The US also announced its decision to extend travel ban to the UK as Vice President, Mike Pence announced on Saturday, saying the ban would take effect on Tuesday.

He said, “In our task force meeting today the president has made a decision to suspend all travel to the UK and Ireland, effective midnight Monday night, eastern standard time.”

This comes after president Trump had announced the exclusion of UK from the travel ban he placed on all European countries in a bid to contain the spread of the virus in the country.