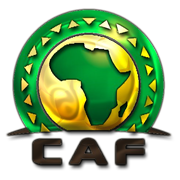 The Confederation of African Football CAF has postponed the 2021 African Cup of Nations AFCON qualifier matches indefinitely due to the surge of the deadly coronavirus disease spread.

The African Football governing body reached the decision on Friday during an emergency meeting of its executives, stating that its mission was to protect the health and safety of stakeholders including players, sponsors, match officials and broadcasters.

The statement reads, “Following the growing concern of the COVID-19 virus and the latest declaration of the World Health Organization (WHO) describing it as a pandemic. CAF emergency committee has decided to postpone the following matches until further notice.

“Total AFCON 2021 Qualifiers: Match days 3 and 4 of the qualifiers initially scheduled from 25th to 31st March.

“CAF shall announce the new program in due time. Concerning the Total African Nations Championship (CHAN 2020) scheduled in Cameroon from 4th to 25th April, a delegation from the CAF Medical Committee is scheduled to visit Cameroon from 14-15 March 2020.

“The purpose of this mission is to assess all the preventive measures taken by the Local Organizing Committee, a decision will be taken after the inspection visit.

“On the other hand, CAF has also decided to postpone the Match Commissioners Workshop
scheduled for the 19th & 20th March until further notice.

“We would like to assure you that CAF is monitoring the situation closely and working with the competent authorities such as the WHO on the impact of the virus in the continent and CAF Competitions.”

The AFCON qualifiers is not the only competition to have faced suspension as major leagues across Europe, including the English Premier League, Italian Seria A and even the Spanish La Liga, have all suspended football matches following the outbreak of the virus disease.