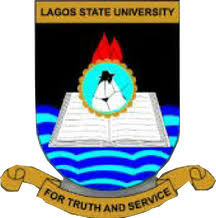 The Academic Staff Union of University ASUU has placed numerous restrictions on Lagos State University LASU over some violations allegedly committed by the the institution’s Vice Chancellor, Olarenwaju Fagbohun.

The academic union announced this on Thursday as part of a resolution reached during its National Executive Council NEC meeting, which held at the Enugu State University of Technology ESUT.

The restrictions, according to the union, include conferences, visitations, sabbaticals, and other collaborations from other universities to LASU and vice versa.

This was in response to Fagbohun’s “persistent attacks” on ASUU, which they alleged led to the “vindictive” dismissal of the union’s chairperson and vice-chairperson in LASU in 2017.

Other issues include the dismissal of ASUU-LASU’s secretaries, treasurer in 2019, as well as the stoppage of the union’s check-off dues in LASU.

The statement reads, “At the NEC of our great union held at ESUT from Saturday, 7th March to 8th March 2020, NEC considered the report of its ad-hoc committee on LASU and resolved as follows,” the statement read.

“Sanction should be imposed on LASU to the effect that the vice-chancellor of LASU, Professor Olanrewaju Adigun Fagbohun is to be declared an enemy of the union.

“Sabbatical leave, visitation, part-time lectureship, external exams, and external assessment, conferences, workshops, and research collaboration/visits to and from LASU should be stopped.

“Legal actions should be taken immediately against the impostor group individually and collectively. The union’s lawyer should reply to the VC’s letter dated February 4, 2020, to put records straight about the purported election of a new ASUU-LASU executive.