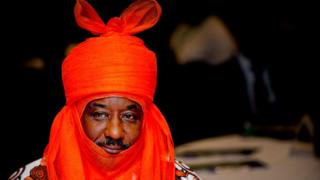 The Presidency has said that no traditional ruler is above being dethroned.

The statement was made in reaction to the deposition of the immediate past Emir of Kano, Sanusi Lamido Sanusi II, by the Kano State Governor,Abdullahi Ganduje.

Special Assistant to President Muhammadu Buhari on New Media, Tolu Ogunlesi, on Tuesday stated that a sitting governor can dethrone anybody as they have the power to do so. “That is the way the system is set up.”

He said “governors formally appoint them, present them the staff of office and fund their offices.

“It actually didn’t start today, it has been so for a long time.