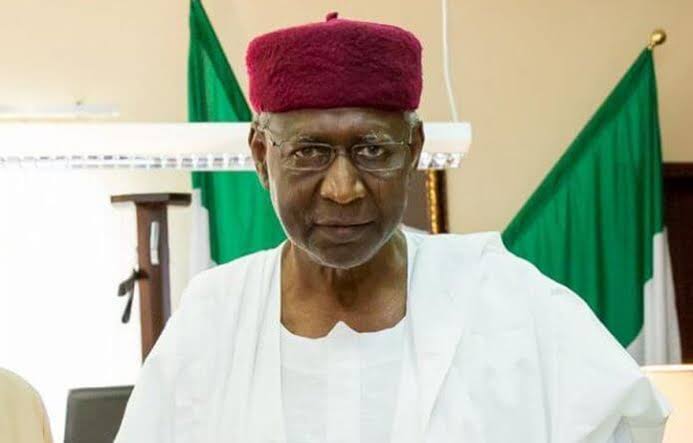 Abba Kyari , chief of staff to President Buhari, is arguably one of the most corrupt individuals in Buhari’s government currently – with a cornucopia of un-cleared allegations on him.

Mr Kyari who is one the major players in Buhari’s government has since his emergence in the corridor of power taken personal advantage of the president’s office.  His influence cut across different power centers in the presidency,  and has been effective since 2015.  Notwithstanding his hidden corrupt practices, Mr Kyari has been accusing some heads of government agencies of corrupt practices.

MERIDIAN SPY reliably gathered that between May and July 2019 , unbelievable amounts were paid into Mr Kyari’s bank account(s) in tranches, as bribe to secure ministerial positions. He received money from ministerial hopefuls across the 36 states of the federation in connivance with some cabal members in Aso Rock.

Our source, who begged to be anonymous,  noted that some of the persons who contracted the service of the seemingly influential Kyari didn’t find their names on the ministerial list when it was finally released by President Buhari .

It was gathered that days after the ministerial list was released, lobbyists also paid him hugely in order to secure juicy portfolios for some ministerial designates. A certain ministerial hopeful from South East and his team paid up to N500m to Mr Kyari’s account through a certain Union bank account in tranches.

Some of those who contracted Mr Kyari by paying money into his account as a token to secure ministerial positions for them through his strong influence on the President,  who  eventually couldn’t make the list, have been promised other positions in Buhari’s government by Mr Kyari.

Investigation is however ongoing by MERIDIAN SPY to ascertain the number of new ministers who paid Mr Kyari for ministerial slots and the sum that was paid by each of them.