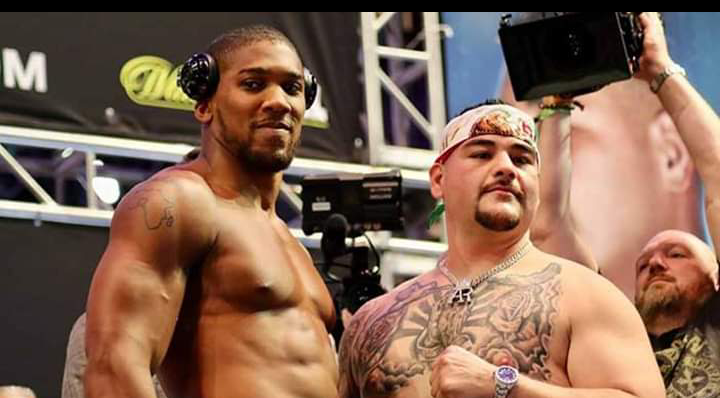 The rematch between Anthony Joshua, Nigerian-born British heavyweight boxer, and his Mexican conqueror, Andy Ruiz Jr, would be held in Saudi Arabia on 7 December.

Ruiz Jr defeated Joshua on 1 June in the USA to become the unified heavyweight champion with the WBA, WBO, IBF and IBO world titles.

Although the Saudi Arabia venue for the rematch is a surprise choice, it comes on the back of neither boxers’ unwillingness to fight against each other on their favourite grounds.

Anthony Joshua, who, surprisingly, was knocked out in the tenth round in the first encounter wanted the Cardiff Principality Stadium in Wales, while Ruiz Jr preferred the United States of America.

The start time of the bout is still to be agreed upon as the organizers try to find a compromise time which would suit both UK and US viewers, with TV revenues of paramount concern for the second biggest fight of 2019.

Further details of the fight would be revealed at a news conference to be held on Monday, 12 August, according to Eddie Hearn, Joshua’s promoter.

Anthony Joshua, 29, was knocked down four times before feebly surrendering his unified title belts to underdog, Ruiz Jr, in a contest that has been labelled one of the greatest shocks in heavyweight boxing.