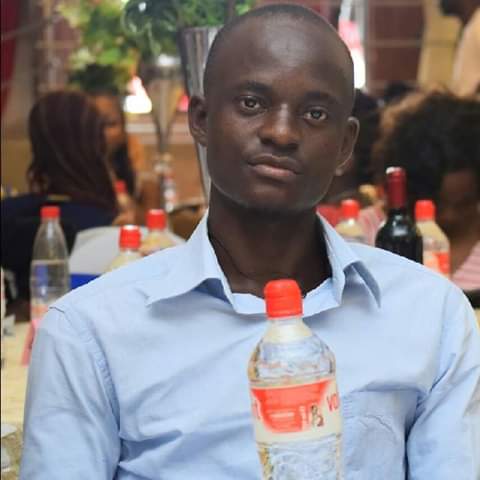 While we wait for the outcome of the election petitions tribunal, may I congratulate the victors of 2019 elections, His Excellency, President Muhammadu Buhari and his Vice, Prof. Yemi Osinbajo, Senate President, Ahmed Lawan and his Deputy, Ovie Omo-Agege, and the Speaker of the House of Representatives, Hon Femi Gbajabiamila and his Deputy, Hon Ahmed Idris.

It was not just victory for them only, but also for the APC as a national and ruling party and by extension, Nigeria. Personally, the silver lining of such landmark composition of a national party as APC is continuity and harmonisation of the two significant democratic arms of government in Nigeria, which should not be trivialised.

However, as an observer from afar, it also crystalizes the party’s understanding of nationhood for Nigeria, perhaps a partial grasp of it.That said, it is very conspicuous to all that the South-East political position at the national level has been emasculated. Considering the game of politics and how it was handled in the last election, this appears no surprise. It is fair to say that the easterners were unequivocally the designers of their fate. But then, let us retrospect into her political journey to see how such political status was acquired.

Resolved, before 1960, politics was about the ‘WA’, ‘ZO’, and ‘BIA’, symbolizing the peoples of the South-West, North and South-East. Even at this same period, it was also historically observed that the three groups, as a political force, were sitting on a keg of gun powder. In actual fact there were inter-ethnic suspicions amongst them; all for obvious reasons. However, while this persisted up until independence in 1960, none threw the first proverbial punch.

Six years after independence, the blow was eventually struck. It was seen and easily peddled to be the easterners as the first to assault. Interpretations abound regarding this though. For some, it was a phenomenon in Africa for men in uniforms to disrupt democratic rule. For others, it was a means to purify the land from pervasive corruption.For a good majority of the WAs and ZOs, given the existing suspicions and political interests, it was easy and understandable to describe it as an Igbo coup given the composition of victims and perpetrators of the menace.

Another argument that yearns for the rationale of the populace is the view that truly corruption was rife and the perpetrators were on a cleansing crusade and those who resisted became victims of the barrel while those who bent were given clemency as the latter perhaps happened in the east. Consequently, two groups suffered the most from the punch of the other and the retaliation was to be the beginning of the fall for the assailants, the Igbo.

It mattered not to the victims of January 15, 1966 coup that a kinsman of the alleged assailants foiled the near success of the mission. However, what exacerbated the situation was the centralisation of an auspicious regional system in careless neglect of the country’s peculiarities and then followed the plots to retaliate.
That proverbial retaliatory punch eventually came in July, 1966.

Unfortunately for the easterners as victims, it was a devastating and catastrophic fall; one that was to take years to recuperate. From that time onwards, it became a continuous struggle of political footing for the Igbo, while many of them, disaffectionate about the Nigerian project, found solace in striving for a new sovereign state.

They came close in 1979 with Dr Alex Ifeanyichukwu Ekweme emerging as first vice president until another foray of military interruption. Democracy however returned to our polity in 1999, even though the then ruling party, PDP, had a bigger and quite coordinated plans for all stakeholders, in which every region was to have their fair share of leadership control at the centre; an arrangement well explained by Segun Adeniyi’s ‘Against the Run of Play’.  Ipso facto, it was only a matter of time, before the Igbo man could assume that lofty position. Fortunately, all through the waiting process, they had a good measure of inclusion as they were evidently holding key national positions.

While they were edging closer for the big one, their dreams and hopes were cut-short with the successful debut of the ruling All Progressive Congress in 2015 which probably had not much in store for the Igbo nation.  Majority of the Igbo also plausibly had little or no pulse for the two strong men that made possible the existence of the ruling party. These factors were compounded with the Igbo’s action in putting all eggs in one basket, the PDP; and brazenly refusing to bite from the tempting apples of the APC at the 2019 polls; only a few whereas did bite. What is more, just as an Australian-based research firm, Bizopt Solutions’ survey revealed, that 80.45% of the Igbo opted for a Biafran Republic, published by Vanguard, March 3, 2018, many are now lethargic about the politics of Nigeria, hence their present status today.
While this may be a gratifying situation for the two victors-North and South West, the possibility of giving the latter another turn is almost assured given the support she gave to the northern folks.I hear a whisper ‘power is transient’.

However, the South-West political actors must not underplay the exploitable place of wa-ZO-bia as against her counterparts. Like the saying ‘in the game of politics, there is no permanent friend nor enemy, only interest’. But what do I know?

In all of these, where do we place our pursuit of nationhood? How do we begin to define what some developed countries call ‘national interest’ –  that interest that supersedes all other interests; without recourse to parochialism? How do we drive home the true understanding of our peculiarities such that it doesn’t affect our coexistence? No matter how we attempt to dismiss the relevance of these questions, they however remain valid for our quest for nationhood.

I strongly recommend the ruling party be circumspect in her quest to sustain power at the centre and pay more attention to the germane lessons history has for us Nigerians. Restructuring and returning to a regional system still remains the recipe for peaceful coexistence, as this would mean less strife for power at the centre while our core national interest; a prosperous economy (that is if I speak your mind) will find the right atmosphere to be evenly pursued. I must also emphasize the apparent danger of our consistent delay to this effect.

By and large, it is not yet uhuru for the North and South-West in the APC. Yes! the Igbos of South-East may have almost fallen from the national pedestal of political relevance but are not completely down. And make no mistake, their resilience for survival is inexhaustible and should not be underestimated. It remains to be seen the corollary of my submission. In the meantime, let me remain on my proverbial fence and continue my eagle’s watch.

Kennedy Igwe can be reached via Kennyz3991@yahoo.com