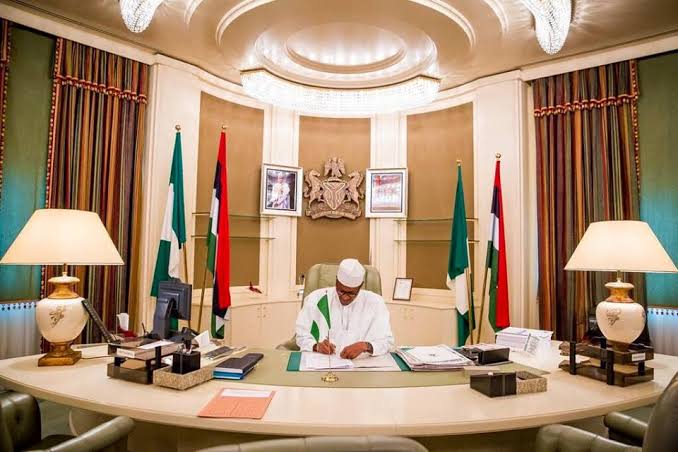 The presidency tells the Global Coalition for Security and Democracy in Nigeria elections remain the only means to change a government and not a revolution.
The group had on Monday 5th August through various social and digital media circulated plans for a “revolution” march across cities of the country, with the aim of bringing a “regime change” in Nigeria.

In a press release through its official twitter handle, the presidency stressed that the administration ‘respect and uphold the right of every Nigerian to peaceful protest and civil campaign—whether to raise awareness on issues, and even oppose the Government’. Adding that it is the ‘inalienable right of all citizens of the Federal Republic of Nigeria to do so.’
However, ”the ballot box is the only constitutional means of changing government and a president in Nigeria. The days of coups and revolutions are over,” it stated.

The presidency also called the organisers to reveal their identity, stating that ‘those making the “revolution” call hide behind the veil of social media modernity. Adding that ‘without revealing the identity of their sponsors, this shadowy campaign is no better, and no more democratic, than the days of old.’

‘Those who seek to use and hide behind everyday citizens to attain power through undemocratic and violent means, which has been alluded, to come out clearly and be identified.

“They should lead their march in person. Only then will they begin to have the right to call themselves leaders before the people of Nigeria, ” it stated.