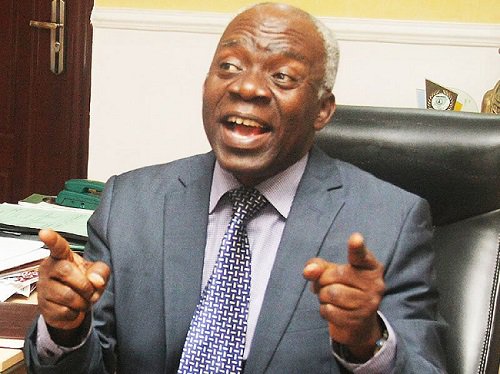 Special Adviser to the President on Media and Publicity, Mr. Femi Adesina, had in an interview on Channels Television’s Sunrise Daily on Tuesday stated that the President Muhammadu Buhari-led government refused to obey Justice Gabriel Kolawole’s order on the release of the Islamic Movement of Nigeria leader because it appealed the ruling.

Falana, who is the lead counsel to the Sheikh, in his reaction argued that “mere filing of an appeal does not operate as a stay of action”, stating that the appeal filed has not suspended the orders of the court for the release of Zakzaky from “unlawful detention”.

“With respect, it is trite law that the mere filing of an appeal does not operate as a stay of action in respect of the judgment of a court. In the instant case, the filing of the appeal referred to by Mr. Adesina has not varied or suspended the orders of the federal high court for the release of El zakzaky from unlawful detention.

“It may interest Mr. Adesina to know that the order of a court for the release of a citizen from custody cannot be stayed pending the determination of an appeal. Hence, the federal government did not deem it fit to file any motion for stay of execution of the orders of the federal high court.

“Even under the defunct military junta in Nigeria, the Court of Appeal dismissed the motion for stay of execution in the case of Nigerian Army vs Mowarin (1992) 4 N.W.L.R. (pt 235) 345.

“According to Kalgo J.C.A. (as he then was): “the refusal of the application will not cause any injury to the applicant, but if the application is granted, the respondent will continue to suffer personally in detention after the court has declared her detention unlawful ab initio.”

He further advised the federal government to comply with the court order without any further delay “since neither the court of appeal nor the high court had stayed the orders for the release of Zakzaky.”