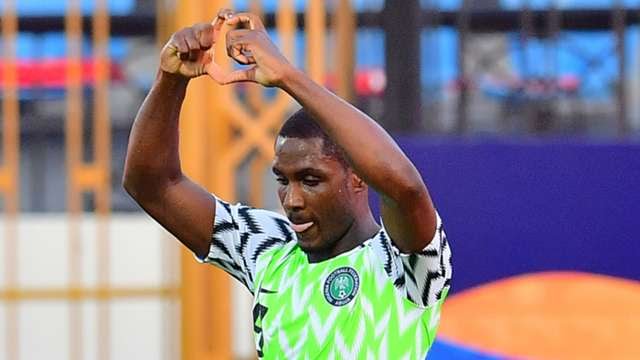 The Nigerian striker was the match winner in the Eagles opening goal against Burundi, before he scored a brace against Cameroon in the final and a goal each in the semifinal against Algeria and the third-place match against Tunisia.

Ighalo was also top scorer during the AFCON 2019 qualifiers with seven goals.

On the other hand, Ismael Bennacer of Algeria was named MVP of the AFCON as well as the Youngest Player of the competition.

Ighalo becomes the second Eagles player, after late Rashidi Yekini to have won the golden boots award at the AFCON.