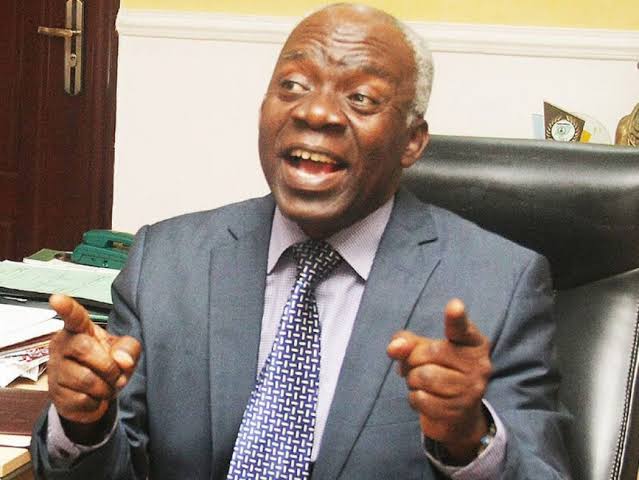 Falana, in statement on Thursday, said serving judges now leave court cases of various magnitude while trying to comply with national assignments within their jurisdictions.

The human rights activists pointed out the adjournment of court cases by over 350 Judges of the State High Courts, Federal High Court, and National Industrial Court, for a ‘national assignment’ which was never within their jurisdiction.

Femi Falana calls for a review of preference given to election petitions and appeals, and further stated that such cases are not handled by regular courts in neighbouring countries but by constitutional courts.

The statement reads: “Over 350 Judges drawn from State High Courts, Federal High Court, and National Industrial Court and handling election petitions have adjourned all matters pending in their courts’ sine die. Their Lordships and Ladyships are said to have left their jurisdictions for “national assignment” in other parts of the country.

“Apart from appeals arising from pre-election cases and election petitions, both the Court of Appeal and Supreme Court are adjourning all pending appeals till 2020 and 2021. The vacation of the Justices of the Court of Appeal has been cancelled to enable them to handle election-related appeals.

“Since all litigants are equal before the law it is high time the preference given to election petitions and appeals by Nigerian courts was reviewed. In some neighbouring African countries, election petitions are not handled by regular courts but by constitutional courts.

“The injustice meted out to litigants whose cases are not political by the legal system should stop forthwith in the interest of justice”.