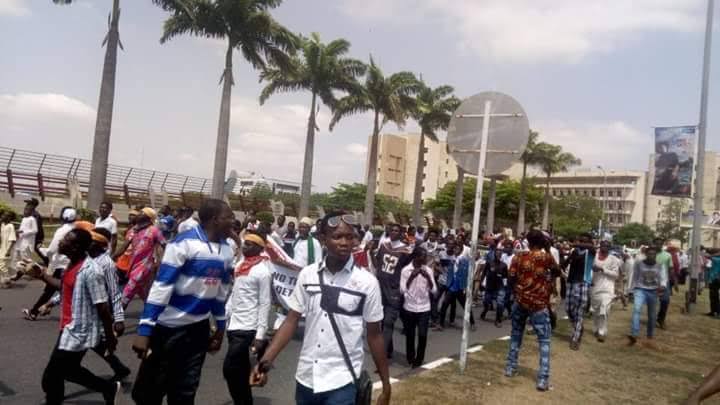 The inspector general of police, Mohammed Adamu, in swift reaction to the violent protest by the Shi’ite muslim group, ordered a 24-hour surveillance in the Federal Capital Territory.

The Shi’ites group, an islamic movement in Nigeria, had on Tuesday stormed the the National Assembly in protest against the continued detention of their religious leader, El-Zakzaky.

In the course of the event, the protest took a violent turn as they encountered security operatives, with cars and properties destroyed.

The IGP however expressed his  displeasure over the  unwarranted and unjustifiable attack on, and injury to nine (9) Police Officers by members of the El-Zakzakky  group and commended the restraint, maturity and professionalism displayed by Police personnel in containing the protest.”

He also added that that citizens should not test the collective will of the People and the State by engaging in lawless acts likely to cause the breach of the peace.

It should be recalled that El-zakzakky leader of the movement, was arrested following the Shi’ites clash with a convoy of the chief of army staff in Kaduna state in 2015.