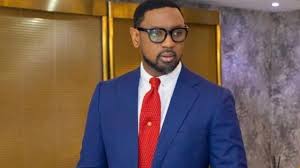 A former staff of Commonwealth of Zion Assembly, COZA, has again accused Pastor Biodun Fatoyinbo of raping her.

The lady who hid her identity and her face while narrating her story in an interview with Y!TV said the incident happened in 2017 at the pastor’s house.

She said she was an employee of COZA who worked directly with the pastor and was also a member of the church.

According to her, Pastor Fatoyinbo asked her to come to his house outside Nigeria on the particular day (a Thursday morning) to take some instructions and go for an errand but the scenario changed after he stopped discussing the church and grabbed her towards him.

She said: “Biodun Fatoyinbo raped me sometime in September 2017 at his apartment outside Nigeria. We were discussing in his office on a couch before I knew it, he dragged me towards him.

“He took off my zipper, one hand putting me to the couch; at that point, I didn’t know what to do because I had to fight sexual abuse as a teenager. I felt I had put myself in the space.

“Everything moved quickly from there and then he started trying to pull me into a hug and started kissing me which I found shocking. I had known him as a spiritual leader and I was about to witness the opposite of everything that I thought he stood for.

“I just kept telling him to stop but he kept telling me to relax. If you know him, you would know he is a weak person but has the appearance of strength, he was not moved by my pushing and did not relent to stop, after that he took off his pants and did what he wanted to do. As soon as that was over and he saw I was in tears, he apologised and he was sorry and didn’t mean to but I was just interested in getting out of there.

“After the incident, I still had to work with him, it happened in the last quarter of 2017 but I still stayed till July 2018. All that time, I already had a disconnect in the church because I was just there because this is what I was committed to.

“He flipped from sweet amazing person who was my mentor to something else. I remember that for the first time I saw a completely different person

“I saw him as someone who showed you what you want to see. When you meet him or interact with him, who you see is that charismatic leader who tells you to aspire, go out and do amazing things, he tried to appear like someone who understands the word but the person I met that day was completely different even though he apologised, I vowed not to talk about it again.

“After that time, he went back to Nigeria, I was not in Nigeria at that time, I still had to do things for the church despite the fact that I felt I no longer belong here.

“Pretty much, I didn’t go to his apartment to have sex with me but for work. I told him to stop, he raped me and I didn’t give my consent, as a matter of fact, I never saw him as anything than a pastor.

“I stayed in the church because I thought they were trying to do things differently but then, they were been deliberate, they are aware of how much power they have, they know how much people adore them and how important and witty their words are and they exploit them.

“There is a culture of silence in the church, its’ supposed to be a safe place, but it is not.”