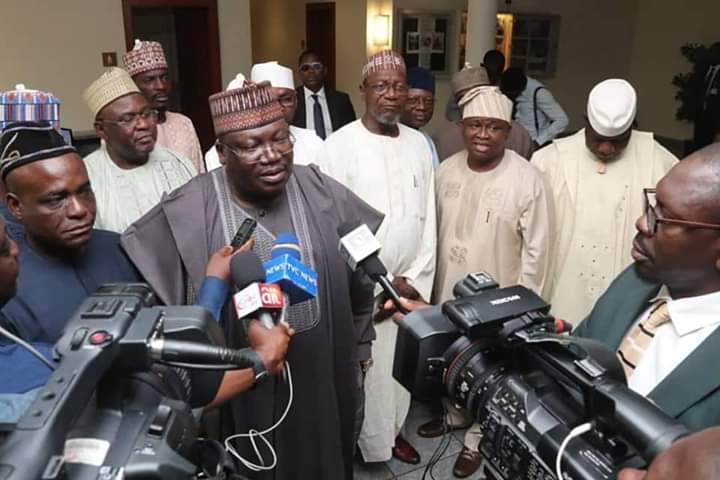 The President of the Senate, Senator Ahmed Lawan has set up an adhoc committee to investigate the molestation allegation slammed on Senator representing Adamawa north, Elisha Abbo over a viral video where he was seen molesting a lady in a sex toy shop.

According to Lawan, the move to set up the committee is to investigate the matter as numerous calls from Nigerians and some of his colleagues who have condemned the act perpetrated by the senator as seen in the viral video.

He however noted that the constitution of the committee is inline with his resolve to lead a national assembly that is both responsible and responsive to the people it represents.

The committee which was set up Wednesday and is expected to conclude its investigation in two weeks with reports and recommendation on subsequent actions to take.

“Following calls I received from within and outside the country, the condemnation of Nigerians and the points raised by my fellow colleagues, I have constituted an adhoc committee to investigate the allegation of assault preferred against Senator Elisha Abbo.

“The constitution of the committee is in line with my resolve to lead a National Assembly that is not only responsible but responsive to the people we represent. The committee is expected to turn in its report within two weeks.”