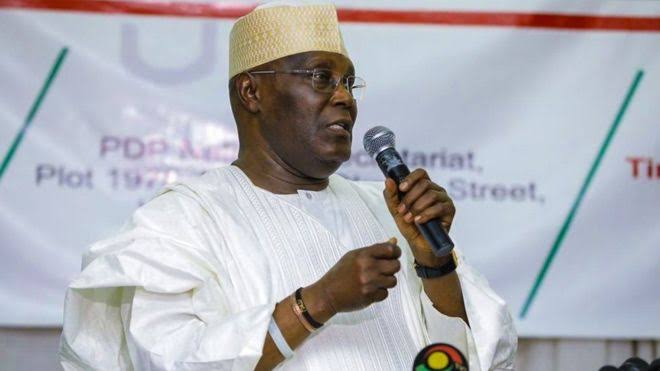 Former Presidential candidate of the Peoples Democratic Party (PDP) , Atiku Abubakar has urged the Senator representing Adamawa north, Elisha Abbo to hand over himself to the police.

Atiku, on his verified Twitter handle , on Wednesday, made his stance known over the viral video where the Senator publicly abused a young lady at a commercial shop.

While admitting that he knows the senator so well, the former Vice President said the alleged act by him as seen in the video footage is sad and inexcusable.

“I have seen the alleged assault video involving Sen. Elisha Abbo. The video is sad, inexcusable. I know the Senator quite well. But the law is clear and leaders must lead by example.
‪‪” I advise him to publicly apologize, voluntarily go to the police and show a good example expected of a young leader. I also call on our party, the PDP to take necessary disciplinary action and the Nigerian Police to ensure the law takes its full course. -AA”