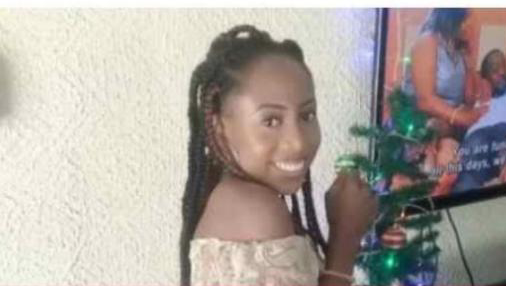 A 300-level Medical Laboratory student of University of Benin just took her life a few minutes ago.

The girl whose name was given as Christable  did the unthinkable a few a  minutes ago at his off-campus residence at the notorious Ekosidin village.
According to an eye witness, the decesased left a sucide note behind; which he narrated her relationship ordeal that led to her decision of taking her own life.

According to what she wrote on the sucide note, her agelong boyfriend cheated on her with another girl which resultantly left her in heartbreak.

MERIDIAN SPY gathered that it was the decesased neighbours that alerted the men of the Nigeria Police Force, BDPA, Ugbowo when it was confirmed that she took her life.

A container of sniper insecticide was however seen besides her dead body, our source revealed.

As at 7:15 Pm on Tuesday  police van was seen moving the remains of the late student out of her apartment to the University of Benin Teaching Hospital mogue.

This is coming barely a year after  Adams, a 500-level student of the Department of Computer Engineering of the institution was found dangling from the roof of his room at Ekosodin Community in Ovia North-East Local Government Area of the state