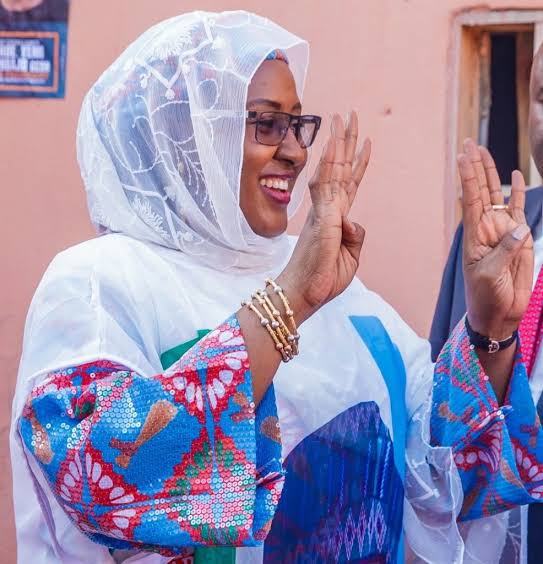 Mrs Buhari said this on Thursday while addressing wives of state governors during an exclusive ceremony in Abuja.
She unequivocally requested to be addressed as first lady of the Federal Republic of Nigeria; and that the change should be effected with immediate effect.

During his campaign in 2015, President Muhammadu Buhari expressed reservation on the office of the first lady, stating that it was not constitutional.
The then All Progressive Congress presidential flagbearer promised to proscribe the office which he believed was created for political ostentation without any meaningful impact on the system.

Aisha Buhari, when presenting her case as regards the matter, argued that the appellation ‘wife of the president’ has brought confusion amongst state governors’ wives as to what they should be addressed as; wife of the governor or first lady.

“When my husband was elected newly, I personally chose to be called the wife of the president,” she said.

“But I realised that it was causing confusion from the state as to whether the wives of state governors are to be addressed as the first ladies or wives of the governors.

“So, forgive me for confusing you from the beginning, but now I choose to be called the first lady.”