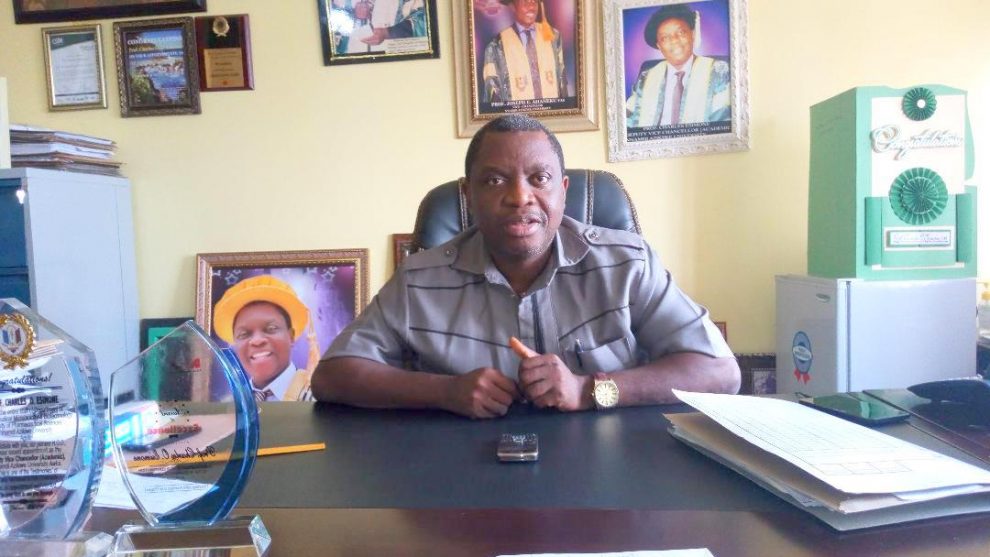 Professor Charles Okechukwu Esimone has been appointed the substantive Vice-Chancellor of Nnamdi Azikiwe University, Awka, Anambra State.   He emerged winner among five other candidates who jostled for the apex position.

His appointment was announced by the Governing Council of the institution on Tuesday in Awka.

The Professor, however, confirmed his appointment via a mail he sent to MERIDIAN SPY on Wednesday.

Professor Charles Okechukwu Esimone is professor of Biopharmaceutics and Pharmaceutical Biotechnology.  Prior to his appointment, he was a Deputy Vice-Chancellor of the Institution.

He served as the pioneer Dean of Faculty of Pharmaceutical Sciences prior to his ascendancy into administrative limelight in the institution.

He is a scholar and adept researcher, who has   over 100 publications to his name within his  years of experience as a university  teacher. Prof  Esimone is an Alexander von Humboldt postdoctoral fellow as well as a member of several professional bodies both in Nigeria and abroad.