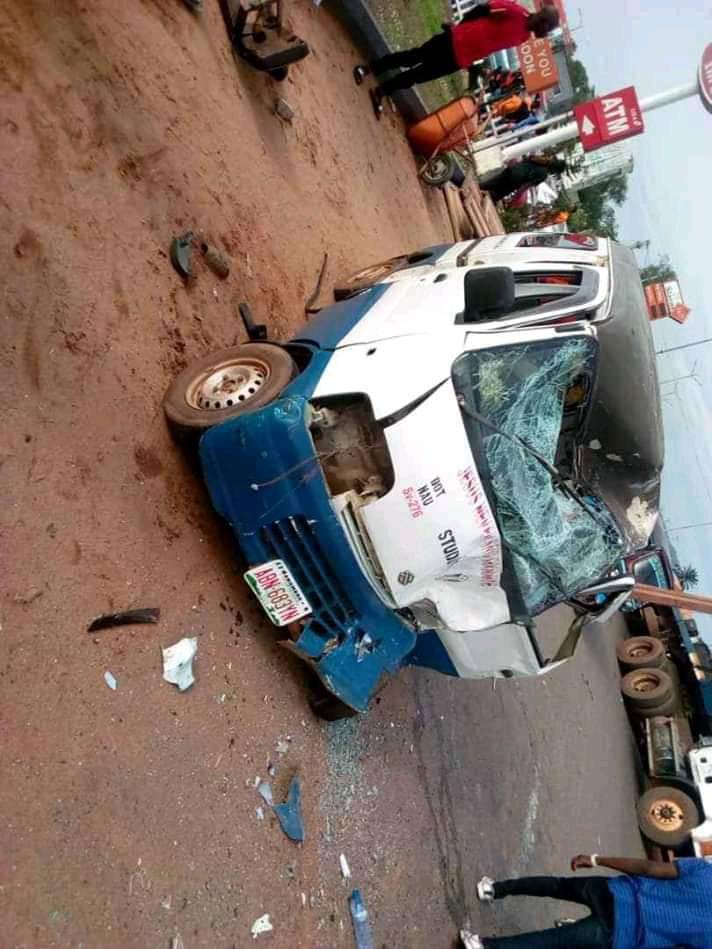 A UNIZIK student shuttle bus crashed on Saturday after running into a truck in Awka , Anambra state.

The incident which  happened along  government house road left seven students badly injured; while the bus driver reportedly died on the spot.

Calls placed  on the mobile  line of the University  Dean of Student  Affairs by MERIDIAN SPY, to confirm the incident, were not responded to.