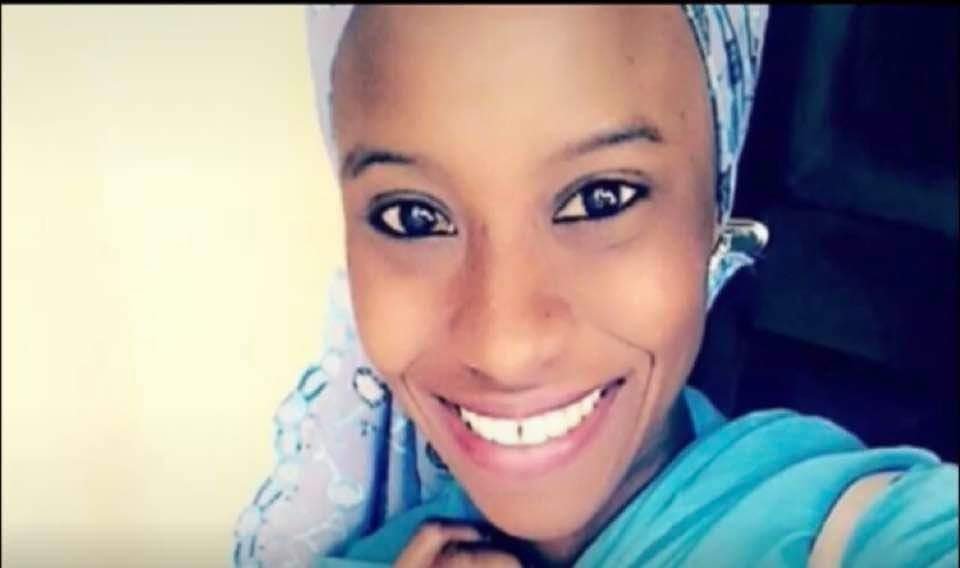 Zainab Aliyu, a Nigerian girl who was detained in Saudi Arabia for alleged drug trafficking has returned to Nigeria, MERIDIAN SPY reports.

Aliyu had been in detention in Saudi Arabia for the past four months where she was arrested for drug trafficking at the Mohammed Bin Abdulaziz International  Airport in Medina.

She was detained after tramadol, a banned drug was found in her bag.

Aliyu arrived  Nigeria through the Malam Aminu Kano International Airport in Kano on Monday.  She arrived the country in the company  of Ibrahim Abubakar, another Nigerian accused of the same crime in Saudi Arabia.

She was released to the Nigerian mission in Saudi Arabia after the federal government investigated and confirmed her innocence.

The drug was planted in her luggage by a 7-man syndicate who specialize in planting drugs in passengers’ luggage at the Aminu Kano International Airport, Kano state.

Aliyu, a 22-year-old student of the Maitama Sule University in Kano, had travelled to Saudi Arabia for lesser hajj alongside her mother and sister.