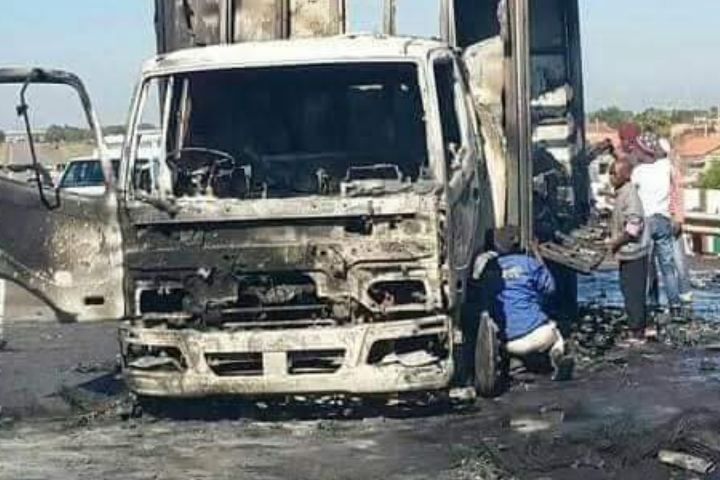 The renewed xenophobic attack in South Africa; where aliens of different national identities are being murdered and maimed has  taken a new twist in Zimbabwe.

MERIDIAN SPY has reliably gathered that  Zimbabweans have taken a lethal approach by burning down all South African registered trucks at Beit-Bridge border as a revenge for their brothers and sister who have been ruthlessly murdered in Xenophobic attacks by the South African people.

The angry mob barricaded  Beit-Bridge town with rocks and other objects.

Beitbridge is a border town in the province of Matabeleland South, Zimbabwe. The name also refers to the border post and bridge spanning the Limpopo River, which forms the political border between South Africa and Zimbabwe.

The development, however, resulted to a sudden traffic gridlock that affected both commuters and pedestrians who usually use roads within the town.