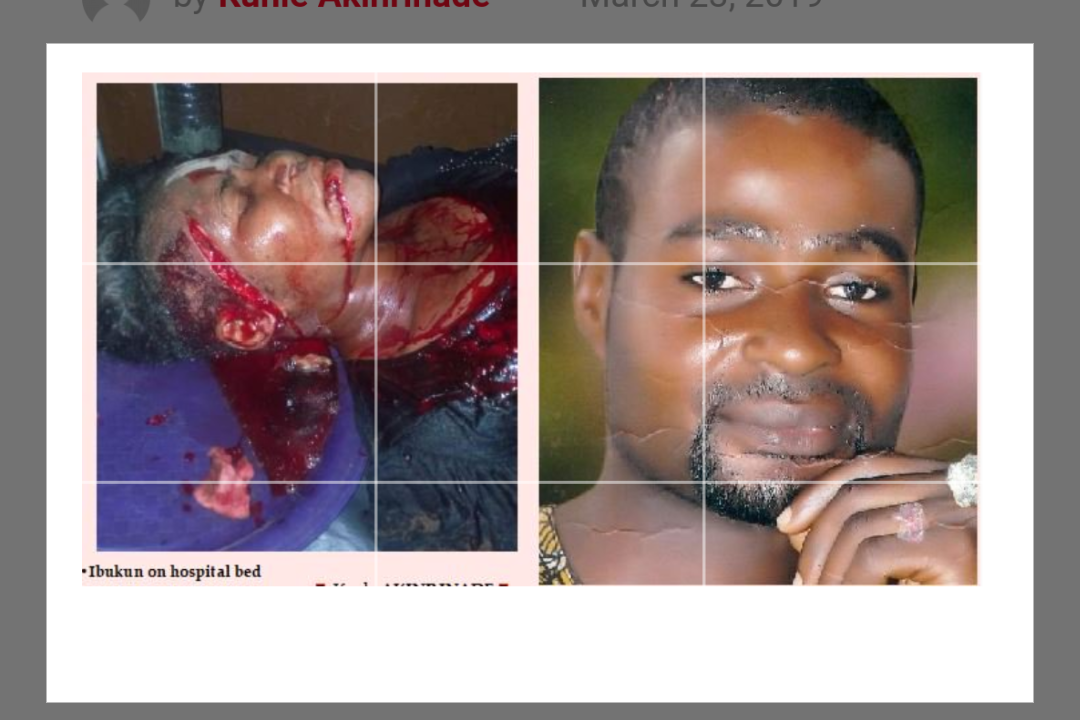 A woman, Ibukun Adebayo is fighting for her life in a hospital after being allegedly hacked with a cutlass by her estranged husband, Kehinde Adebayo.

Kehinde, it was gathered, accused his wife of engaging in extra-marital affairs with men.

The attack has left Ibukun with severe injuries on her face and other parts of her body.

The incident happened at about 8pm on February 28 in the Saraki area of Adigbe in Abeokuta, the Ogun State capital.

The situation allegedly worsened after Kehinde allegedly beat up Ibukun in a house she built forcing her to move out to a rented apartment in the ancient community.

Kehinde was said to have trailed Ibukun to her new apartment on a motorbike and allegedly struck her with a cutlass and fled on his motorbike.

Sources said Ibukun, a building materials merchant, had reported her husband to his parents all to no avail.

The spokesman of Ogun State Police Command, Mr Abimbola Oyeyemi confirmed that Kehinde was arrested and had been charged to court.
‘

“Yes, the story is true. The man attacked his wife with a cutlass and inflicted serious injuries on her. He fled from the scene, but he was apprehended by our operatives.
‘’We have since arraigned him before an Isabo Magistrate’s Court in Abeokuta and he has been remanded in prison, pending the determination of the case.’’