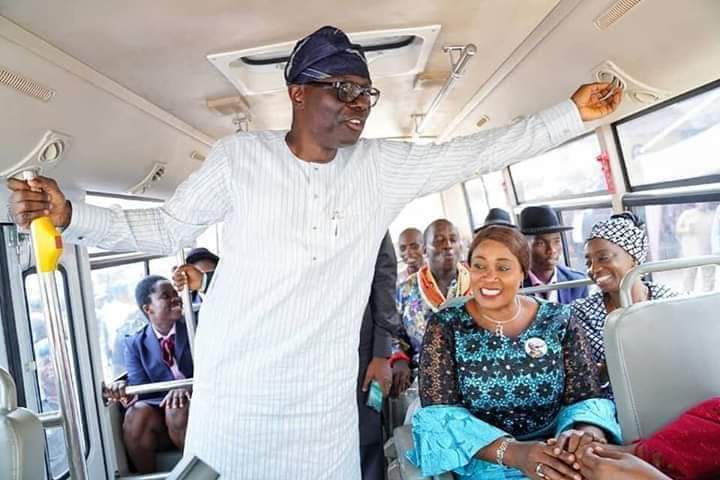 The donation, we gathered was in fufilment of his promise to the home during the electioneering campaign period.

The bus was test-driven by the Governor-elect, his Deputy, Babafemi Hamzat, and their wives, alongside students of the school.

The students and management of the school extolled the Governor-elect for his humanitarian gestures and the efforts put in place to make good his promise.