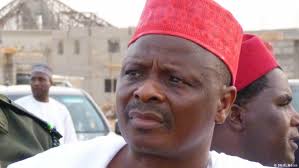 The convoy of a former governor of Kano State and leader of the Peoples Democratic Party, PDP, in the state, Rabiu Kwankwaso, has been attacked in in Kofa village in Bebeji Local Government Area of Kano State, MERIDIAN SPY can report.

Scores of party supporters from both camps died, while several others sustained various degrees of injury.

Mr Kwankwaso had planned his final rally alongside the PDP governorship candidate, Abba Yusuf, to be held at Kiru and Bebeji on Thursday but the long motorcade of the party leader was denied passage through Kofa village.

It was gathered that at least 10 vehicles have been burnt to ashes during the clash.

Spokesman for Kano Police Command, Abdullahi Haruna, confirmed the incident, saying the police had promptly dispatched its men to bring the situation under control.

He said police are yet to ascertain the casualty figures in the clash.