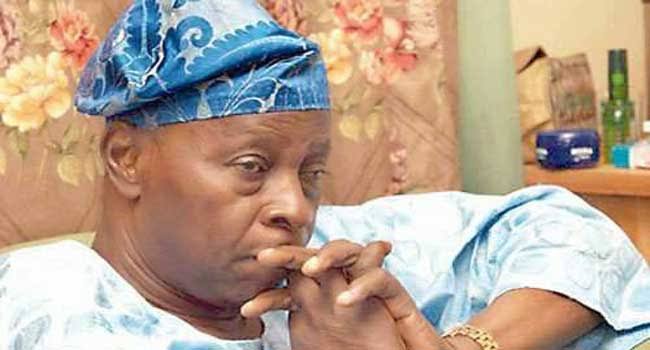 The national chairman of the Social Democratic Party, Chief Olu Falae, has resigned from active politics.

The endorsement was announced by the National Executive Council of the SDP on Thursday.

Falae, however, cited health reasons for his decision to quit active politics.
Crisis hit the party following the decision of a former Minister of Information, Prof. Jerry Gana, to challenge the emergence of a former Governor of Cross River State, Donald Duke, as its presidential candidate.

A court ruled in favour of Gana who argued that the party’s constitution said the national chairman and the presidential candidate cannot come from the same region.

Both Falae and Duke are from the Southern part of Nigeria.

The emergence of Gana split the party, with the NEC telling members not to attend the court-favoured presidential candidate’s programmes for his campaign.