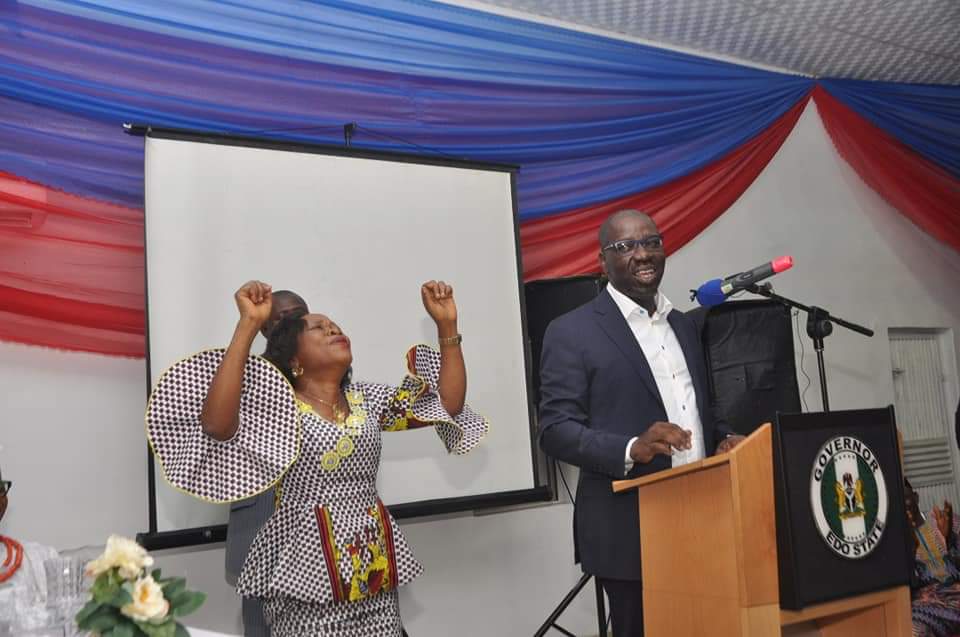 Edo State Governor, Mr Godwin Obaseki has gifted the best teacher in the State, Mrs Noragbon Osaru a housing unit in Benin City.  Mrs Noragbon is the head-teacher of Emotan Primary School Benin City.  She had come second in the best school administrators ranking  in Nigeria held earlier this year.

The housing unit is located at the famous Emotan Garden in Benin City.

The reward presentation was made by the governor during the Universal Basic Education Board (SUBEB) appreciation banquet which was held on Wednesday in Benin City to Mrs Noragbon.

Obaseki said: ” Next week a house in Emotan Garden will be given to Mrs Noragbon for her commitment to educating our children and for encouraging other teachers in Edobest programme.”