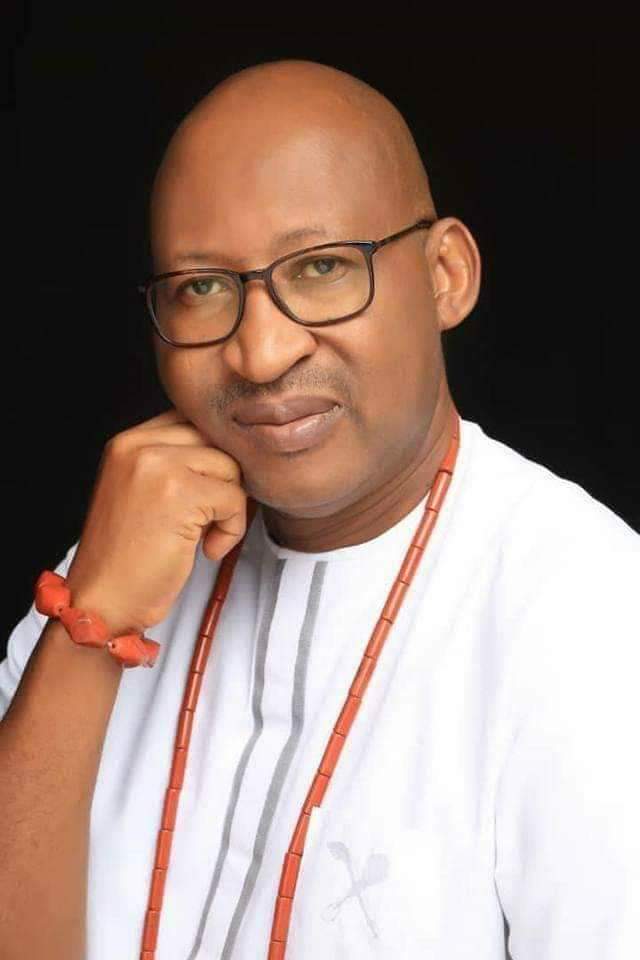 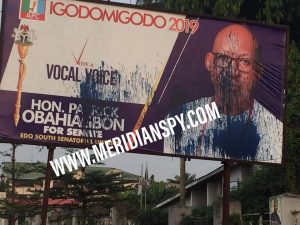 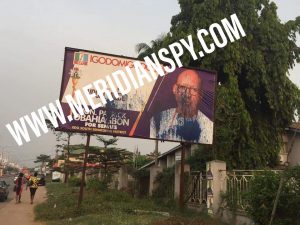 Some campaign billboards of the All Progressives Congress, APC senatorial candidate for Edo South District, Mr Patrick Obahiagbon, were seen on Sunday defaced and vandalised in the streets of Benin City.

Mr Obahiagbon who is the APC senatorial flagbearer in the district would be slogging it out with the incubent occupant of the seat, Senator Matthew Urhoghide in the 2019 general election.

Patently, Urhoghide appears to have delivered most of his campiagn promises to the people of Edo South – with imprints of attestation in most towns and communities in the senatorial district.

However, Obahiagbon, on the other hand, who had loyally served his boss, Adams Oshiomhole after defecting from the Peoples Democratic Party (PDP), is also eager to resuming legislative duties in upper legislative chamber come 2019.

A member of Mr Obahiagbon’s media team, told MERIDIAN SPY, when contacted on phone, that the development was the handiwork of the opposition party, PDP.

The media personality, who prefered to be anonymous, told our correspondent, on Sunday, in Benin City, that Obahiagbon’s victory was sure, hence, detractors in the opposition camp were doing everything possible to distract their team.

Several attempts made to reach the Edo state PDP spokesperson, on phone, to hear his side of the allegation, proved abortive as he wasn’t taking up his calls as at the time of filling this report.