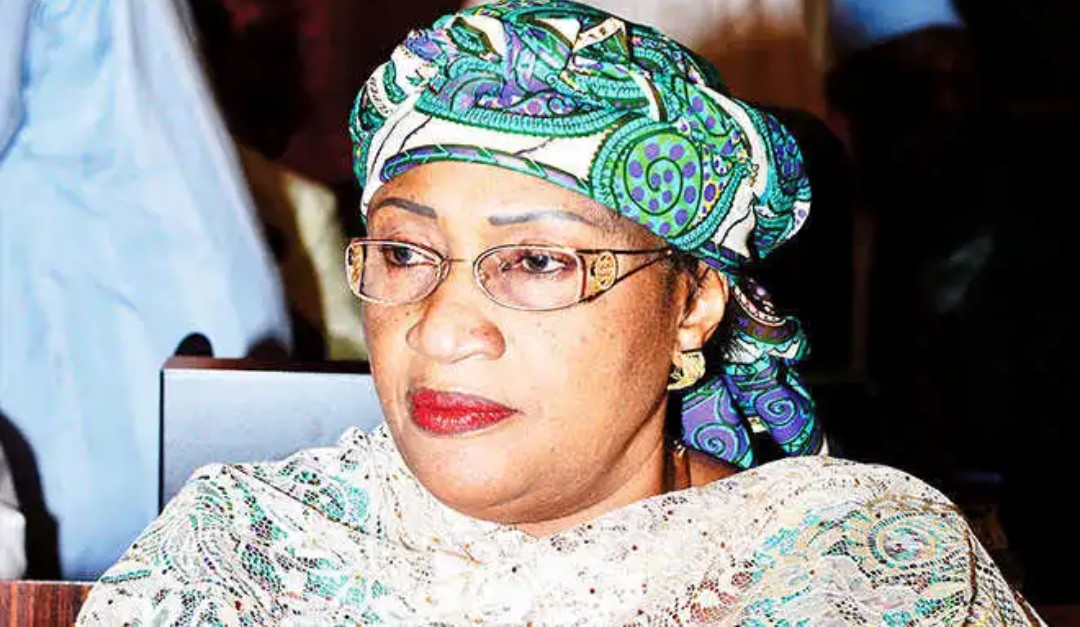 Former women affairs minister Aisha Alhassan, who recently resigned her appointment and dumped the APC, has retrieved computers and furniture she donated to the party’s state secretariat in Jalingo.

According to Aaron Artimas, APC publicity secretary in the state, Mrs Alhassan also removed rugs, air-conditioning sets and tables she had bought for the political party when she was a member.

“We find this development shameful, unfortunately, it is true. The former minister has emptied the office she furnished when she was a member of the APC,” Mr Artimas told the News Agency of Nigeria (NAN), on Wednesday in Jalingo.

Mr Artimas said that the party leadership obliged her request and watched as she removed everything from the party secretariat, and expressed surprise that the former minister stooped so low to recover even minor items she had donated to the party.

“It is amazing to us because Aisha Alhassan was the highest beneficiary of the party in the state,” he claimed.

Mr Artimas said that Alhassan had embarrassed herself with that action because she was still keeping the benefits that accrued to her as a minister under the APC-led federal government.

“It is a very shameful action, but we shall leave her to conscience,” he said.

Reacting, however, Alhassan said that she did not order the removal of the items, but supported it because of the injustice the party meted to her.

“I bought the items with my money; when my boys told me they were removing them from the party secretariat, I gave them the go ahead because the APC does not deserve anything of mine,” she told NAN in an interview from Abuja.

She dismissed the claims that the items were moved from Jalingo to Abuja.

“I could not have moved the items to Abuja. I merely gave my boys the nod to move them out because the APC was wicked to me. If I had left the party on my own, I would not have bothered about the items, but you know the circumstances that pushed me out.

“I bought the items to furnish the party secretariat, but since I have moved to the UDP, I did not see anything wrong with moving with all my belongings. They should buy their own furniture for the offices,” she said.

Recall that Mrs Alhassan, who was screened out of the gubernatorial race by the party, resigned as minister of women affairs and also withdrew her membership of the party before joining the UDP to pursue her governorship ambition.

Mrs Alhassan had contested for the seat in 2015, on the platform of the APC, but lost to the incumbent, Darius Ishaku of the PDP.