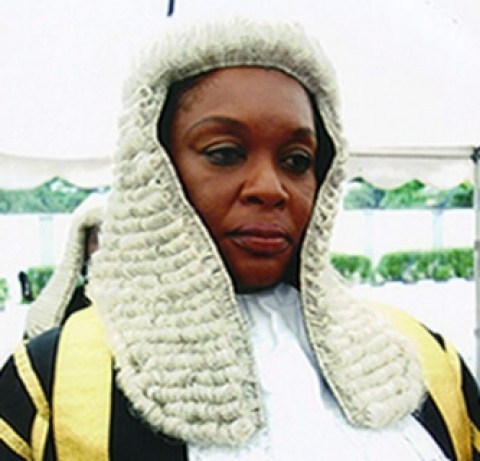 The National Judicial Council, under the chairmanship of Justice Mahmud Mohammed, the Chief Justice of Nigeria, has barred Justice Rita Ofili-Ajumogobia of the federal High Court from being elevated to the Court of Appeal, or any higher judicial body till her retirement.

Mrs. Ofili-Ajumogobia was also placed on the council’s “watch-list” for the next four years.

The judge was sanctioned for “misconduct and alleged injustice”.

The judicial council took the decision at its meetings on February 24 and 25, a statement signed by its acting director of information, Soji Oye, said.

“The Hon. Judge will also not be considered for any elevation to the Court of Appeal or any Ad-hoc Judicial appointment till her retirement from the Bench,” the council said.

The decision was sequel to the petition written against her by Victoria Ayeni alleging misconduct and injustice on the part of Mrs. Ofili-Ajumogobia for failing to deliver judgment in Suit No FHC/AB/CS/31/2011, a pre-election matter between Victoria A. A. Ayeni and Olusola Sonuga and two others.

The judge was also alleged to have adjourned the pre-election matter repeatedly until the termination of the life span of the Ogun State House of Assembly.

The decision of the council on Justice Ofili-Ajumogobia is with immediate effect, the statement by Mr. Oye said.