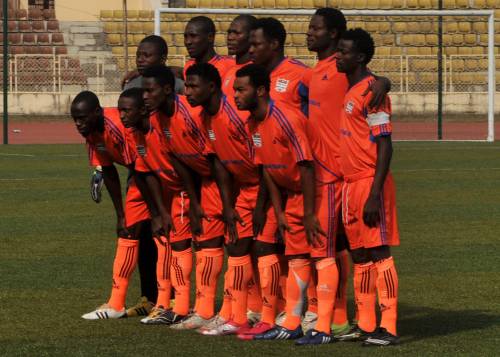 The NLO had written a letter to the management of Rising Stars informing them of the decision of its disciplinary/organisation committee on the match, ordering its replay.

The management of Rising Stars FC of Akure in Ondo State has appealed against the decision of the Nationwide League One management, ordering the replay of the already concluded match between the club and Kwara United Feeders in the promotion playoff played at the Aper Aku Stadium, Makurdi.

The match held on September 8 as one of the three promotion matches and ended 2-1 in favour of Rising Stars FC.

The NLO had written a letter to the management of Rising Stars informing them of the decision of its disciplinary/organisation committee on the match, ordering its replay.

In a letter entitled, ‘Appeal letter on the Decision of Nationwide League One Disciplinary/Organisation Committee on Rising Stars FC vs Kwara United Feeders (NLO 2018 Promotion Playoff)’, the organisation acknowledged receiving a letter from the NLO ordering the replay of the concluded match.

The letter noted that Yinka Ojokojo, a coach of Kwara United, encroached on the field of play bringing the match into disrepute contrary to Article 4.13(1) of the NLO.

It noted that after waiting for the players to continue the match, officials and coaches had to leave the field, and the centre referee had to blow the final whistle of the match after the extra time had lapsed.

According to the letter, the ball came through the side of the net, which informed the decision of the referee to award a goal kick to Rising Stars after he observed the situation.

“The decision was received with rude shock and this is unacceptable to us and our team, Rising Stars Football Club (RSFC).

“In this context, we hereby state our grounds of rejecting the decision and appealing against it, as follows:

“It would be laughable and abuse of due process, if a match that had been announced on the NLO official’s tweeter handle (@theNNLO that confirmed Rising Stars Football Club promoted be replayed.”

However, the appeal letter revealed that the replay would not be feasible within the short notice as players and officials were already on break, with the players in other clubs for trials.

It concluded by stating that the outcome of the match should be in line with article 4.13 (1).